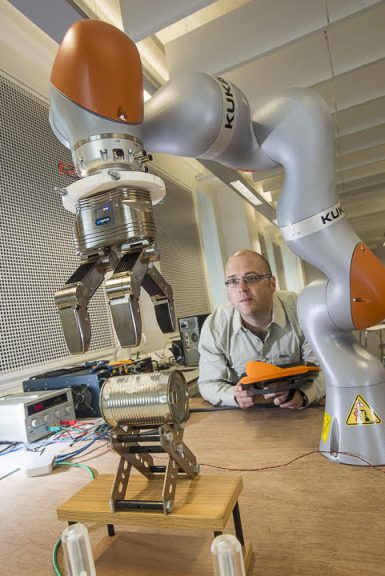 Dr Jonathan Aitken is a University Teacher in Robotics in the Department of Automatic Control and Systems Engineering and Sheffield Robotics at The University of Sheffield. He holds a MEng degree in Electronic Engineering and a PhD both awarded by the University of York in 2005 and 2009, respectively. Previously as a Research Fellow with the Autonomous Control Laboratory within the Autonomous Systems and Robotics Group of ACSE (2013-2018) he worked on EPSRC and industry funded projects concerned with the long-term operation of autonomous systems in harsh environments, especially nuclear. Dr Aitken is recognised for his work on autonomous robotic reconfiguration, robot awareness and SLAM, and design and reliability for autonomous operation and collaboration of autonomous systems for increased performance and capability.